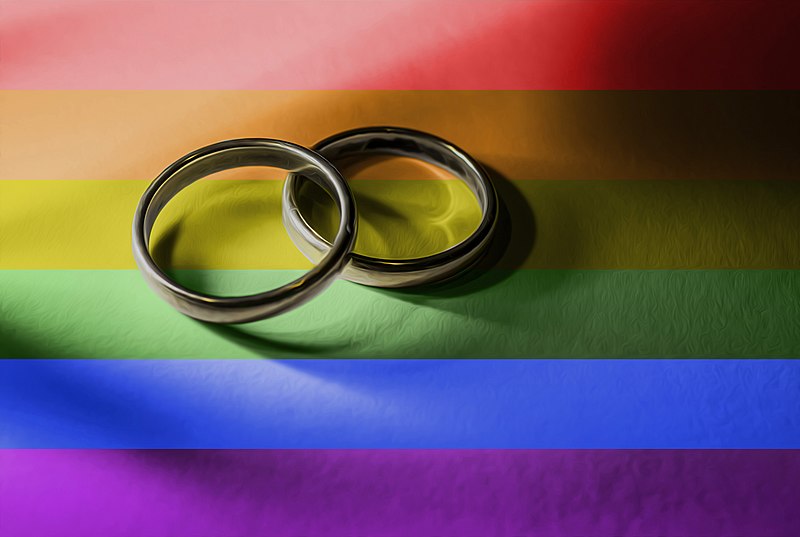 Lesbian, gay and bisexual (LGB) high school students are at higher risk for suicide than their heterosexual peers. The reasons are complex. The facts are simple. In the US in 2015, 29% of LGB youth report attempting suicide in the past year compared to 6% of their heterosexual peers. LGB youth also have higher rates of depression, anxiety, and non-suicidal self injury. Why? One of the main culprits is stigma.

It is still not a “good” or “normal” thing to be LGB in the United States. LGB people are very much in the minority. They are targets for discrimination and violence. All of this is part of stigma. There are different types of stigma. Structural stigma is policy, rule, and law based discrimination. Marriage inequality was one of the most talked-about forms of structural stigma.

If poor mental health outcomes like suicide attempts are partially because of stigma then we would expect changes in those mental health outcomes after a change in stigma. In other words, if marriage inequality is one way that society says “LGB is bad” and drives adolescents toward suicide, then when marriage inequality goes away adolescents should have fewer suicide attempts.

And that’s what the researchers in this week’s study looked at. They asked: Did youth suicide attempts go down after legalization of marriage equality?

The researchers looked at data from the Youth Risk Behavior Surveillance System (YRBSS). The YRBSS is a survey done by the Centers for Disease Control every 2 years. It’s conducted in 47 of the 50 United States.Among other things, the YRBSS asks about number of suicide attempts in the past 12 months.

In addition they compared straight suicide attempts to LGB suicide attempts. Only 25 states were actually asking about sexual orientation by 2015, so this part of the study was limited.

In total there were data from roughly 760 thousand adolescents. 12.7% of students in states that asked about sexual orientation identified as LGB. 2.3% were gay/lesbian, 6.4% were bisexual, and 4% were uncertain.

8.6% of all students had attempted suicide in the past year before marriage equality. That dropped by 0.6% to 8.0% after same-sex marriage was legalized. If we extrapolate out, that’s roughly 134 thousand adolescents who did not attempt suicide after marriage equality.

For LGB students the difference was even more impressive. Out of 231 thousand adolescents, 28.5% had attempted suicide in the past year prior to legalization. After marriage equality it dropped by 4.0% to 24.5%. That’s a relative reduction of 14%.

Nice data, but what does it mean?

Here’s the bottom line. There were fewer suicide attempts in all high school students after marriage equality. This was especially true among LGB youth, but the effect was seen in all youth.

There’s a very important lesson in these results. Legal policies and the message those policies convey have very real effects on health. And it’s not just as simple as policies like mandatory vaccination and the resulting drop in infectious diseases. Denying same sex couples the right to marry and all the legal protections associated with marriage sends the message that LGB people are inferior. And our youth hear that. It has very real effects on their health. It’s behooves us as a society to examine other policies like employment and school protections to see if they send the same message.

From a personal perspective, these results are not surprising. While the Defense of Marriage Act was still law, even as a teenager I was very aware of what that meant for my legal rights. I knew about, and was distressed by, the lack of hospital visitation rights and insurance coverage. As an adult the knowledge that I have the legal right to make medical decisions for my wife without question is immensely comforting. We have a long way to go on other matters, but this one small step makes a difference.

Lastly, never underestimate suicidality. If you or someone you love is in crisis, the Trevor Project is an LGBT friendly suicide hotline for youth. Adults who need assistance can find the right hotline for them here.

Want to read the study for yourself? The abstract is publicly available.

What is Open Minded Health?

OMH is dedicated to providing information about gender and sexual minority health. Posts are a mix of the latest research, activity risk reduction tips, and the latest news.

This blog is definitely not suitable for children, and probably not work safe. It contains descriptions of sexual activities that may disturb some readers.